I’ve finally gotten back to working on the Concrete Tie Car project. The mold is finished (I’ll cover that in another blog entry), and I’m ready to start producing injection-molded stacks of N-scale ties. For this project, I’m going to be using my Travin TP1 injection-molding machine because it has support for activating ejector pins. I’m going to have to make about 1,000 parts, so having ejector pins makes a huge difference.

There is one little flaw in the TP1 design that has been driving me nuts. On top of the machine is a hopper that contains the plastic pellets, which are fed into the hot cylinder via a small tube. This works OK, except that some of the pellets tend to jump out of the cylinder and get all over my table: 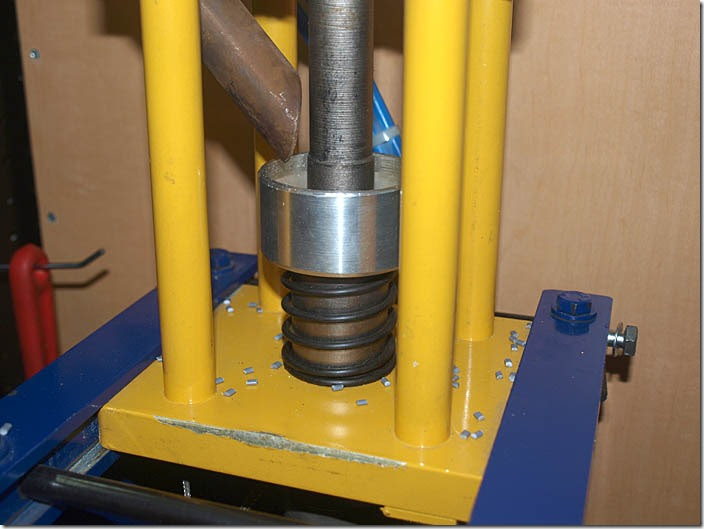 To fix my problem, I decided I needed a funnel to keep the pellets from jumping out. And I certainly could have made one with some cardboard. However I recently got a very nice 3D printer (a MendelMax 2.0), so I had to make a funnel on the 3D printer 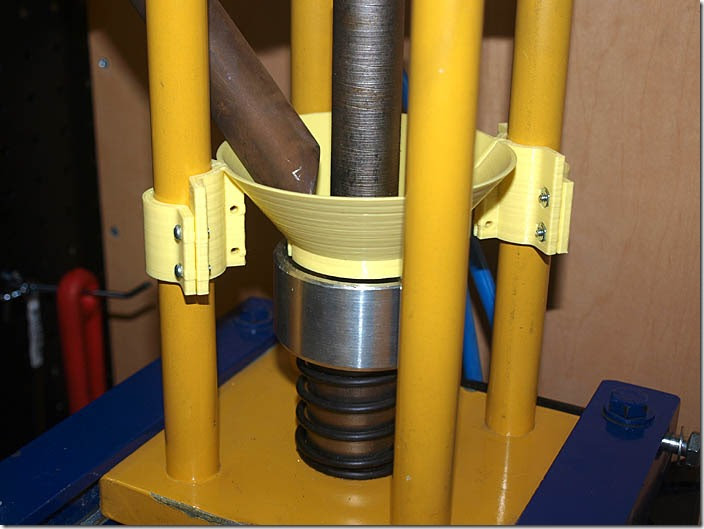 It took me about an hour to design the parts, and a couple of hours to print all the parts (which it doesn’t without me having to watch it). There are some things that aren’t quite right, but it works, so I’ll call it a job well done and move on to injection-molded parts.