October 30, 2022
I recently needed to mill some M27x0.5 threads for both the screw (the case back of a watch) and the nut (the watch case). Online calculators do a great job of calculating these dimensions. However, Fusion 360 also needs a value called the pitch diameter offset, which is the twice the depth of cut (because it's based on diameter) using a thread mill (in my case) or thread cutter (for a lathe). These cutters are much closer to having a sharp tip than the flatter root profile. As such, you need to cut deeper than the calculators (or the Machinery's Handbook) would indicate. I spent quite a bit of time with the Machinery's Handbook, 31st edition, understanding all the details of metric threads and tolerances, which I describe in this video:

The following image, which you can click on for a larger version, shows the values you need to calculate for the outer diameter of the screw along with the depth of the thread. You can enter twice the depth into to Fusion 360's pitch diameter offset property for thread milling. To use these equations, you'll need to look up values for Td and Td2 in the Machinery's Handbook. If your thread mill (thread cutter) has a slight flat, you'll need to reduce the deapth by the difference between the ideal tip and the actual tip. 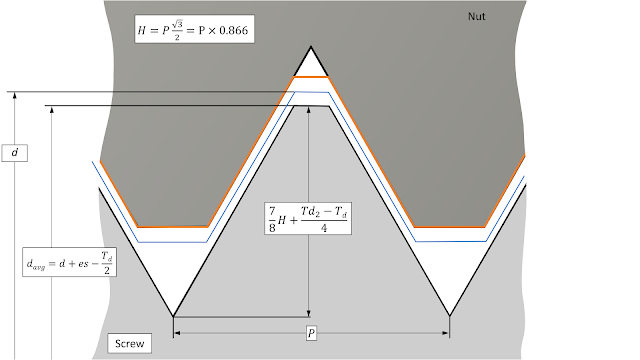 Here is an example calculation: Note: The value for pdo from the example above in the video was not correct, and I've corrected it here. I had multipled the first part by 2 to convert from radius to diamter, but forgot to multiple the second part by 2. 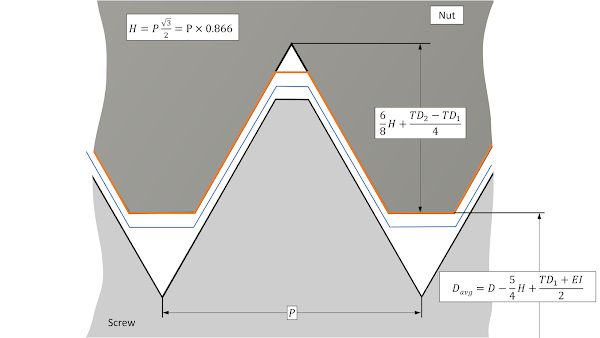 The Machinery's Handbook does a good job of explaining the tolerances, which have a number (the grade) followed by a letter (the position). The position is shown in Fig. 5, which is on p. 2019 in the 31st edition. The letter for the nut/internal threads is either G or H. While for the screw/external threads, it can be e, f, g, or h. An example would be 6g for the screw and 6H for the nut, which is what I used in the example above.
You can also have different numbers for the crest and pitch tolerances. For example, 5g6g would use 5 for the pitch diameter and 6 for the major diameter (both are for a screw as the letters are lower-case).
The following diagram is a quick way to know which column to use for each of the tolerance values. 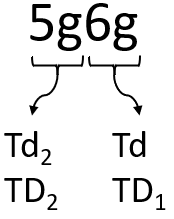 My friend and I have been busy building the FSR Endstop Controller circuit boards (you can find the entire discussion on the Delta Robot 3D discussion here: https://groups.google.com/forum/#!topic/deltabot/2Nvtv4aicKk%5B1-25-false%5D ). Most of the work involved in building these circuit boards is placing the tiny parts onto the circuit board. The smallest parts are 0603 surface mounted devices, which means they’re 0.06” by 0.03” in size. For the first few boards I built, I dumped the parts onto the table, and then used tweezers to put them in place, under a microscope. But it was very time consuming to flip over components if there were upside down or no their side. And I also had to check the polarity of the LEDs carefully. I did some research into pick and place machines and then ran into a manual pick and place machine: http://vpapanik.blogspot.com/2012/11/low-budget-manual-pick-place.html . I really like what he’d done, but it was mostly made out of wood, and I don’t have much